A Recipe for Love

Like any great recipe, ours began in a kitchen.

Industrial ovens humming, stoves blazing, knives dancing, and the best 8-year-old chefs you'll ever meet. This is the basement floor kitchen of PS 230 K in Kensington, Brooklyn. In December 2014, I signed up to be a New York Cares volunteer, and a few months later joined Culinary Explorers–where every other Saturday volunteers cook lunch with 3rd graders in their own school's kitchen. That's where Irene and I met. 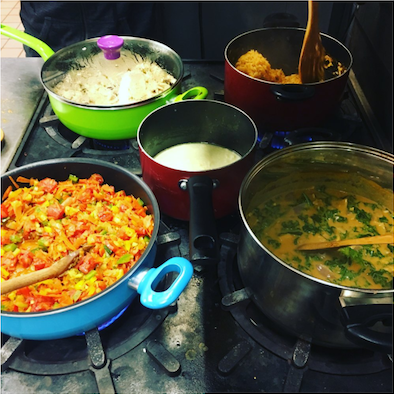 Jump to November of 2015, Irene and I left a session together, talking about our friends, families, and upcoming Thanksgiving plans. But before I had a chance to ask Irene for her number, she jumped off at her Bergen Street stop.

"I'll just ask her next time," I thought.

I came to the session the following month, but there was no Irene. Or the month after that. Or the one after that.

Five months went by before Irene came to another session and I finally got her number. We had our first date that week, where I wooed her with my unique brand of humor (read: Dad jokes), puns and entrepreneurial opportunities that would be the main ingredients of our relationship. I followed up with a second course of slick rhymes, featuring hits such a "Too much Ray for one day," which led to another date following their next Culinary Explorers session. 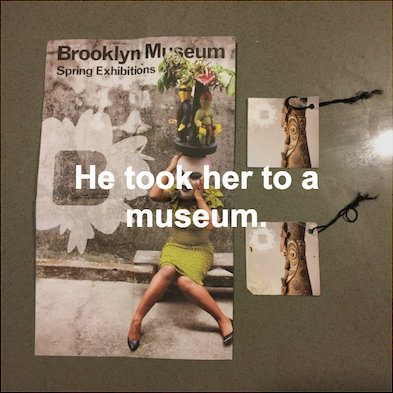 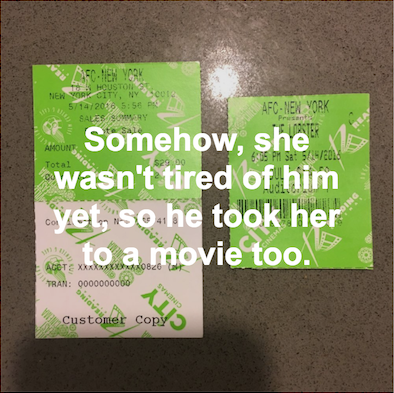 Many meals later, I popped the question. 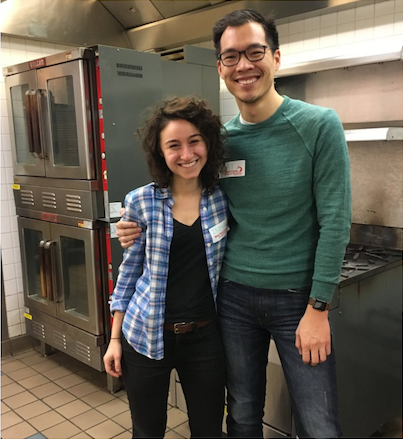 It's said that love finds people in the most unlikely of places, but I don't find our story's setting unlikely at all. In fact, I'm certain if fewer hairnets were involved, more love connections would happen on volunteer projects. I think what's so special about meeting someone while engaging in service is that you instantly know you have something in common with them. You both care. You care enough to give your Saturdays to others because you know it's worth it.

The time has flown by and suddenly our wedding is just a few months away in April of this year. In addition to our registry, we've made sure that our guests know they can support the organization that helped bring us together by either donating or registering to volunteer themselves. While there's no guarantee love will find them, we hope that future volunteers find their New York Cares experience to be as life-changing as ours has been.